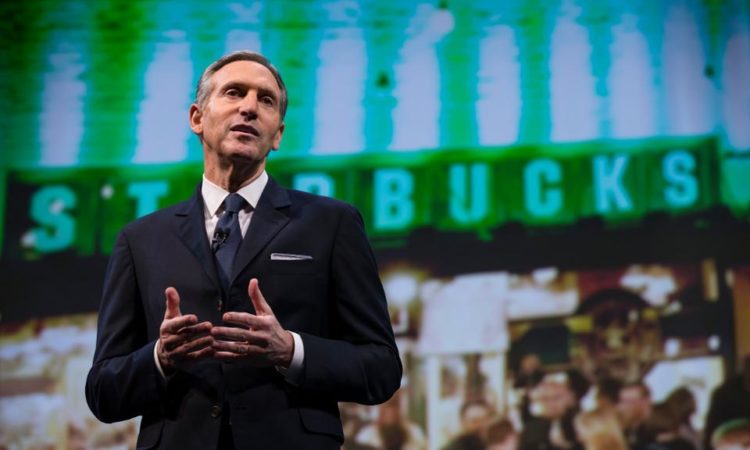 The President of the United States of America; Donald Trump, a US billionaire businessman whose first tenure of four years will be completed next year,  has expressed interest to contest for second term in office. President Trump over the past three years has been going from one controversy to another. The most persistent being the accusation of Russia meddling with the 2016 United States Presidential election, which saw Hilary Clinton; former First Lady,  Senator and former Secretary of State, lost to Donald Trump, the controversial American billionaire businessman. 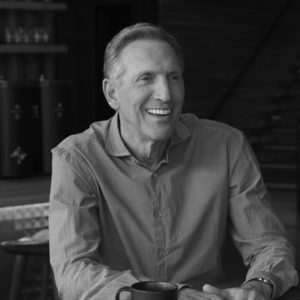 As the American Presidential election gets set ahead of 2020, the former CEO of Starbucks; Howard Schultz, has expressed interest in America’s number one political job. The America billionaire and entrepreneur; Schultz, admitted that he is “seriously considering running for president”…

Howard Schultz is 65 years and worth over 3 billion USD. Already, he is championing a campaign tagged #reimagineUS, where he point out ills of partisan politics in the United States, as well as outline the possibilities and opportunities that abound with thinking outside the two dominant political parties that have dominated the country’s politics for too long. Schultz has revealed that when he finally makes up his mind about running for president, that he will run as an independent candidate.

Reacting to the hint of Schultz interest in running for the highest office, President Donald Trump said that Howard Schultz does not have the courage to run for President.