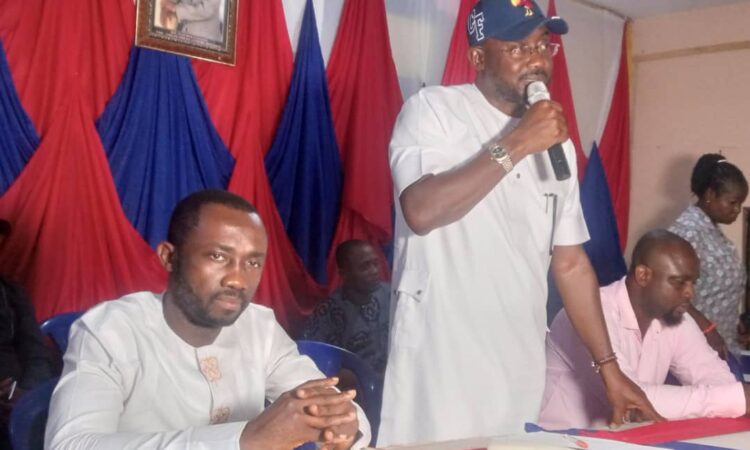 The high-flying aspirant of APGA in the contest to represent Anambra Central Senatorial District at the 10th Senate; Uzuegbuna Okagbue, has said that one of the things he will do differently is constant engagement of his constituents at least once in three months, both to report to them and take guidance in form of feedback which will then guide his activities at the National Assembly. This contrasts sharply with what mostly obtains, where senators only hold town hall meetings in lieu of an upcoming election. Uzu made this known to journalists during their monthly conference which was held at the Nigerian Union of Journalists, Anambra State Chapter building, in Awka, the Anambra State capital. Responding to question by the VP of Anambra NUJ, Ngozi Obineli, as to what he will do differently as the senator representing Anambra Central, Uzu said, “From my interaction yesterday with ndi Igwe Anambra Central, I realized that our senators only hold town hall meetings during election seasons. I will interact on a quarterly basis with the 58 communities of Anambra Central, as their senator”.

Meanwhile earlier at the event, in his introductory remarks, the chairman of Anambra State NUJ planning committee Dr. Onunkwo Stanley described the aspiration of Uzuegbuna Okagbue as a welcome development. “I am happy you are contesting this election, it is a good development. The kind of person you are, you will make a good senator”, Onunkwo concluded. In his brief speech, Uzu noted that he was happy to be invited by such an important segment of the society and that he wishes to notify them of his aspiration to contest for senate to represent Anambra Central.

Today’s meeting with Anambra NUJ is one of the series of public engagements designed to bring Uzu face to face, to interface with critical stakeholders while building consensus and healthy debate around his quest for quality representation of Anambra Central in 2023.

Uzuegbuna Okagbue’s responses to questions from journalists were so well-thought and delivered that he received thunderous cheering from Anambra journalists numbering hundreds, who were at the event.