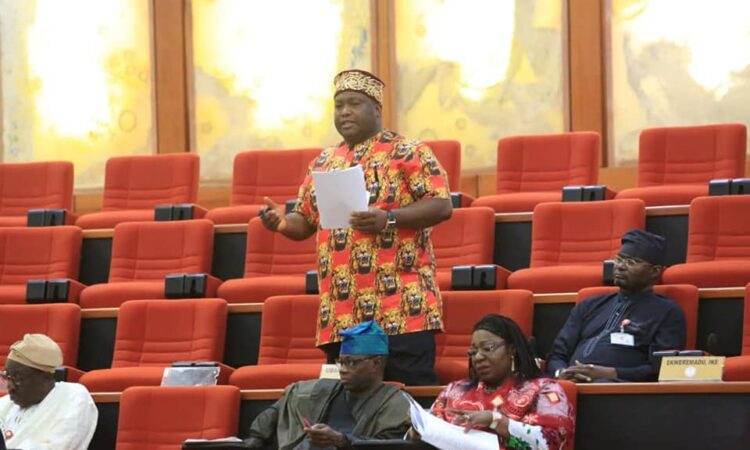 In 2019, Senator Ifeanyi Ubah was elected to the 9th Nigeria’s Senate on the platform of the Young Progressive Party – YPP. The keenly contested election saw him defeat the incumbent in APC, Senator Andy Uba, his closest rival in APGA, Nicholas Ukachukwu and the PDP candidate, Chief Chris Uba. This is happening almost a decade after Ifeanyi Ubah has been consistent as a major player in business and politics in Anambra state and beyond. In Anambra state, he had contested for the governorship in 2013 and is widely acclaimed for his philanthropy and outreaches, including human capacity building efforts. But his activities in TAN prior to the 2015 Presidential election, announced him as a national political material.
With that background, Ifeanyi Ubah has some proven political credentials, although till then, it was largely untested in the field of political contest. It was also unknown if a new party like YPP has what it takes to win a senatorial contest in Anambra state. So that victory sort of set a new politic record, while giving Ubah a political mileage. Beyond Ubah’s political pedigree largely built on the massive goodwill he enjoys as a result of over a decade of philanthropy, there have been questions as to his performance in the senate since his election in 2019. This article looks at the performance of Senator Ifeanyi Ubah. In evaluating his performance, we considered the following which are clear basis for evaluating a legislator’s performance; Bills sponsored and co-sponsored by Senator Ubah, Motions sponsored and co-sponsored by Senator Ubah, his Oversight Functions and his Zonal Intervention Programme – ZIP. 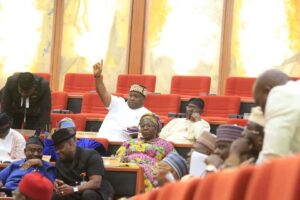 Senator Ifeanyi Ubah has moved the following Motions in the floor of Nigeria Senate: Motion to investigate the Onitsha Fuel tanker disaster. Motion commending Nigerian Youths during the EndSARS protest. Motion on checkmating the cost of shipping goods to Nigeria. Motion on the stress being undergone by Nigerians following introduction of NIN as a compulsory requirement, for JAMB registration. Motion to reduce checkpoints from Lagos to Onitsha. Motion calling on Federal Government to take measures to avert scarcity of facemasks. In all, Senator Ifeanyi Ubah has to his credit over fifteen motions.

On oversight, Senator Ifeanyi Ubah is a member of over twenty Senate Committees. This affords him a rare opportunity to exercise influence power over Ministries, Departments and Agencies of the Federal Government of Nigeria, more than many other senators that belong to a handful of Committees.

On Zonal Intervention Programmes – ZIP, specifically for 2022, Senator Ubah got over N400 million, which is one of the highest amounts received by a federal lawmaker under the year in review. This can be verified from different sources such as Tracka, National Assembly sources, among others. Currently, Senator Ubah has fully flagged off “operation light up Anambra South” in all the seven LGAs of Anambra South, while other intervention programmes are at different levels of work.