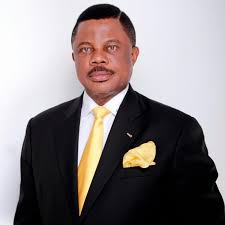 What Obiano Must Consider Before Choosing a Successor

In a few months time, the governor of Anambra state; Willie Obiano will be fully occupied with the politics of who takes over from him. Effectively, governor Obiano has less than two years to complete his two terms of eight years as governor and in March 2022 will hand over to yet an unknown successor. So far, twenty years of unbroken democratic experiment in Nigeria has shown very convincingly that imposition of successors has no guarantee of continued influence by the predecessor. Generally, those who exercise political power in our clime even for a moment, tends to always be consumed by the thought of finding a way to consolidate and maybe perpetuate selves in power. However, the position and supremacy of the constitution in that regard has made it impossible for those who have served out their tenures to still remain in power. As a substitute, finding and imposing a successor appears a credible alternative. But sadly, it has not worked for the most part. In fact, as at 2013, Chief Willie Obiano was unknown except to a few people in the banking cycle. But his predecessor Peter Obi and a few others when they committed to making him the governor did everything possible within man’s capacity to realize that goal. However, right on the day of Governor Willie Obiano’s swearing-in, it was perceptible to discerning minds that Peter Obi and Willie Obiano has fallen out. Then this unsurprisingly intensified during Obiano’s second term bid in which Peter Obi championed the election of Oseloka Obaze the PDP candidate who was the Secretary to Anambra State government during Peter Obi’s time as governor. 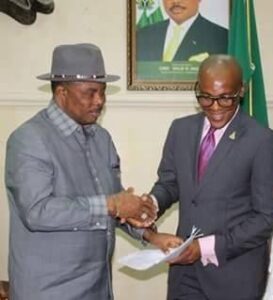 The reality of political power is that as much as those who have it want to keep it perhaps in perpetuity, it must find its own way like it always does and those who once had it, will not always retain it in person or by proxy. It did not work for Peter Obi and Willie Obiano. It did not work for Chimaroke Nnamani and Sullivan Chime. It did not work between Rabiu Kwankwaso and Ganduje. Certainly not between Orji Uzor Kalu and Theodore Orji.  It did not work between President Obasanjo and Late President Yar’adua. Clearly not between President Obsanjo and President Goodluck Jonathan. It just does not work because those who were aided to acquire political power quickly want to assert themselves. They want to be fully in charge and not be dictated to. They also want to be in full control of government and political machineries as to be able to reward their own people and possibly have the chance of deciding who succeeds them. Despite the overwhelming evidence that imposition of successor is of no particular significant benefit to the predecessor, yet, it is unthinkable that a political office holder will stay in power as governor for eight years and has no definite plan for a successor. Completely unthinkable. It is politically impossible for a predecessor not to have an interest in who succeeds him and as such, all contestants cannot have level playing ground, essentially because, politics in the first instance by its very nature is divisive and comprehensively subjective. This is to say that one only has to play alongside where his interests lies.  In truth, there is nothing wrong with a succession plan. It is in fact good for sustainable growth and development in corporate and political governance. The problem however, is that the deception of power usually makes the succession plan about the predecessor and this, the successor quickly rejects upon assumption of office owing to the unwholesome meddlesomeness. But more problematic is the fact that successors are often trapped in the confusion of last hour, after they suddenly realize that their time is truly up and they are definitely leaving. And so despite having been in power for years, who succeeds them is often an uphill task subjected to last minute rush and then ultimately falls for the unavoidable implicit error in choosing a credible successor in haste. 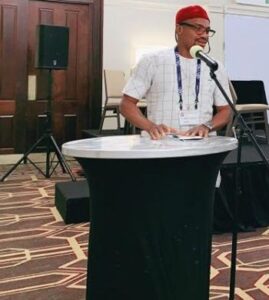 Hon. Melie speaking at an occasion in the US

For Governor Willie Obiano, the time to take a stand on who succeeds him is now. Right within him, it should now be settled who he prefers to succeed him. This is important because, although the polity is already hitting up with many jostling to succeed Obiano in 2022, and Prof. Chukwuma Soludo, a former Governor of the Central Bank of Nigeria among the most prominent of those in the contest in APGA. However, there are many others some of whom have worked very closely with Governor Obiano in the past six years like Hon. Melie Onyejepu, who has served in Obiano’s government as a Senior Special Assistant and now the Special Adviser on Budget and Efficiency as well as the Chairman of Anambra Procurement Bureau, among others. Be it as it may, while there are insinuations that Prof. Chukwuma Soludo is not making sufficient inroad in his bid to fly APGA flag in the coming gubernatorial contest and possibly succeed Obiano, it is not known who Obiano intends to succeed him. There is no hint whatsoever as to the direction the governor is going as regards who takes over from him in March 2022. This puzzle has to be resolved by the governor and on time. And the governor must not make the mistake of allowing others determine for him, who will succeed him; that will be a costly political mistake wherein his interest is not factored nor covered. Obiano must not play on the sidelines in determining who succeeds him. It will later prove to be a most expensive political mistake.

Governor Obiano’s best bet as far as the politics of who takes over from him is concerned is to take a stand right on time, to avert the confusion of the last hour rush. Indeed, Obiano’s best bet is to choose someone among his most trusted aides. A young and capable hand who has also worked well with him and someone who is from Anambra South senatorial zone in keeping with APGA’s zoning formula for the governorship. This will serve the governor’s political interest most effectively and will ensure that whatever legacy the government leaves will be consolidated. With that, it is my considered opinion that there will be less chances of frontal confrontations or intense disagreements. At the end when this happens, Governor Obiano must willingly leave the scene and allow his successor the needed space to govern Anambra state and only play by the sidelines, offering advice and guidance when need be, as a statesman.