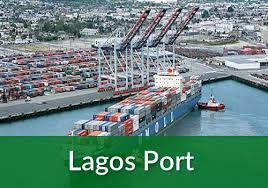 While the World Give Financial Break, Nigeria Burdens her Citizens with Demurrage

The economic impact of covid-19 is projected to be more severe than the 2008 world economic recession. In consequence, governments around the world are responding as the situation dictates, providing social security and financial cuts for her citizens as a way to mitigate the impact of the economic down turn on her citizens. Governments, even capital driven economies like the United States, have offered to give her citizens some cash, to help them stay afloat in the midst of the crisis. 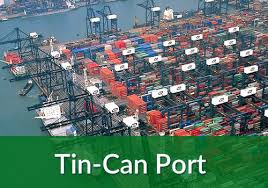 One major clear approach to contain the spread of covid-19 is for people to stay home. Therefore, many countries have implemented strict stay at home order, across the globe, in a bid to stopping further spread of the deadly virus. Nigeria has also implemented a stay at home order, one which was issued by the Federal Government of Nigeria for Lagos, Abuja and Ogun states, because of the early prevalence of the deadly disease in those states, and Abuja, the Federal Capital. Though states across the Federation have also implemented their own internal lockdown and many have given two weeks break to all civil servants except for those in the health sector. In Rivers state, there is total lockdown and the borders are closed from entry and exit. In Anambra, there is movement within the state, but all government offices are closed and all entry and exit points are also closed. Some of these may seem ordinarily highhanded, but in truth, there are only but a few options left for Nigeria to ensure the virus does not spread. It is so because, the country suffers from major infrastructure deficit, following several years of thieving leadership. This is further exacerbated by lack of adequate manpower in the health sector. So there is a consensus that generally, a lockdown will be difficult for Nigerians, yes, but that is about the only option for Nigeria to escape a widespread of the covid-19 pandemic, which the country, for obvious reasons, cannot manage.

Based on these considerations, in Anambra state for instance, the government has suspended revenue generated from keke, bus and shuttle drivers, for two months. However, the lockdown in Lagos, did not affect the Ports activities as Agents and port workers still go to work in Lagos. Also, although Nigerian Ports are being run by private firms on concession granted by the Federal Government under President Obasanjo since around 2006, the Nigerian Ports Authority supervises the activities of these private firms. Federal Government has said that because of the sit at home and lockdown, demurrage waiver was granted to consignees through their Clearing Agents, for twenty-one days, that is; three weeks, between March 23 and April 13. Surprisingly, while the markets are still shutdown, and people are still in their homes upon the order of Federal Government, government failed to honour her promise to waive demurrage. A Nigerian businessman who spoke to us lamented that “we were promised a 21 days free demurrage, but I was charged today (6th April). I started having doubt if government will keep to the waiver they promised, so I asked my Agent to go and verify and I was right, we were charged! The ship landed on 26th March and was supposed to come out before Lagos lockdown, but because there was no movement and market was shutdown, we couldn’t do anything”, he said. In essence, Nigerians are paying for obeying the lockdown and trying to help the government fight covid-19. What can be more negligent than the fact that government asked you to close market and stay home and you obey, but the same government promised a 21 days waiver for demurrage because of the sit at home and lockdown, only to fail to implement the waiver, thereby incurring more costs for Nigerian businessmen and women whose goods are at the Port. An Agent at the Nigerian Ports who spoke to us confirmed that government actually gave a 21 days waiver on demurrage but according to him, “I do not know why the waiver did not stand, I really cannot say why”. 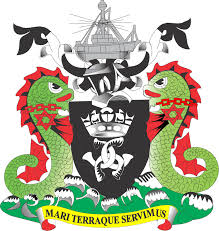 As of now, many Nigerian businessmen and women who are importers and have consignments at the port, are relaxing in their homes in obedience to the sit at home order, banking on the promise of demurrage waiver by the government, without knowing that their demurrage is piling up. Though even if they know, many of them would not be able to do anything about it because markets are closed down and most of them have their warehouses inside the markets. Where will they take the goods to? The rippling consequences of government not keeping its own part of the bargain to ensure waiver of demurrage, is enormous and largely, Nigerians will bear the blunt. The demurrage incurred by the consignments at the various Nigerian Port terminals now will increase the cost of landing of goods, and subsequently their prices in the markets such that by the time life returns to normal, many Nigerians will pay more for goods, they paid less for, just before the lockdown. Nigeria’s economy is largely import driven and so even a little increase especially in the prices of regular goods occasioned by high demurrage as anticipated, will go a long way to impacting Nigeria’s economy and discomforting the citizenry. 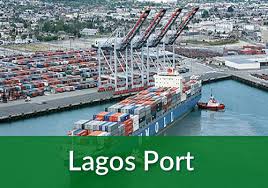 The fact that Nigerian government promised her businessmen and women demurrage waiver, which they did not keep, leaves so much to be desired. Now, citizens with consignments at the Ports will pay additional twenty Thousand Naira per day, for a delay in clearing their consignments, which was caused by the government’s lockdown. While other Nigerians braces up to bear the cost by paying more, for what they previously paid less, at a time of global economic distress.