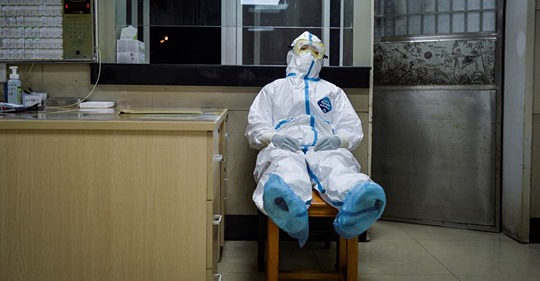 Why Nigeria is not ready for the Covid-19 Outbreak

The Wuhan Coronavirus has become a worldwide epidemic. The European country of Italy has been the most ravaged by the virus, in Europe. Already, over 360 people have died of the infection in Italy. Only on Sunday alone, a total of 133 people died of the virus infection in Italy.  Although, there are about 7,000 infections in Italy alone, so far. In the United Kingdom, there are about 67 new cases of coronavirus infection, and the country has a total of 273 infections so far.

In the United States, there are already about 19 deaths, from coronavirus infection. South Korea on its part, is almost overwhelmed with a record of over 7,100 infections and a new 93 cases reported in just a little over 24 hours. Bulgaria has 2 cases while Bangladesh has 3 cases. Then, Egypt just recorded its first death. South Africa has confirmed 3 cases of infection. These are only but the most current reports on the spread of the corona influenza around the world.

Let us be clear, the world is in a war with coronavirus. The outbreak is a war on humanity, all over the world. In less than three months, there are about 107,000 infections around the world. However, outside China, there are over 21,100 cases in 93 countries, a WHO report has said. So far, there are about 300, 000 deaths, from the virus. Remarkably, it must be observed that this is not a war of sovereign states. It is the people’s war and only the people can amply defeat the virus. It is not surprising why more organized governments and societies are struggling to bring the virus under control.

Rather startlingly, Nigeria has recorded only one case and just yesterday, the Federal Ministry of Health announced that the 22 out of the 23 people kept in isolation centres and tested, are free of the infection. However, before we go about celebrating, it is extremely imperative that we understand the seriousness of what we are dealing with, so that we can be better prepared in devising means to handle it. Generally, an infection that is killing people in Western world where there is standard best practices, advanced medical systems and a responsible government, is one that is not to be dismissed or taken for granted just because so far, we just have a single confirmed case, who happened to be an Italian man working in Nigeria. In actual fact, is Nigeria really ready for the outbreak? I think the fair and honest answer is a yes and no. Essentially, at the airports, more efforts have been put in place to check people coming into Nigeria from other parts of the world. But there is no improved healthy practice or restrictions in the way Nigerians carry on with their activities, especially in public places. People still go about their normal business as usual, they still gather in crowded places without consideration for their own personal safety. Government has also not put any restriction as precautionary measure. Although many Churches have introduced hand sanitizer which is administered on worshipers as they make their way into the Church. However, the Nigerian people seem to have only suffered the first shock and trepidation, which followed up the first reports on the virus spread. A few months down the line, many people are relaxed and not careful about personal hygiene. 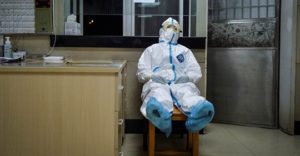 Most state governments in Nigeria have not a single plan on ground to address any major outbreak in their states. In fact, it has not been reported that any state government has well structured plan to address any outbreak. However, by now, state and local governments should have been on sweeping sensitization at all public places, to ensure that the people themselves are ready and informed, as well as imbibe some basic personal hygiene practices, which will go a long way in preparing them to be battle ready in any event of epidemic. But we have not seen that. State and local governments should have engaged Churches, Mosques, Schools, Markets, football viewing centres, and ought to have sensitized the people. Most of what people know of coronavirus is mere assumptions mainly picked up from social media. This is where the government must first come in and enlighten the people, through the rungs, down to the most interior villages. Sadly, the government is not visible at all or strategic and also has not demonstrated commitment in placing its people in a position of victory against the ongoing war. By now, Nigeria should have proper structures, well coordinated, from the Federal Government to State and then at Local Government and Ward levels already on ground, with at least one isolation centre in a local government, in preparation for any contingency arising from the infection and indeed, any other outbreak. But that has not been the case. Instead, the Minister for Health addresses the entire Nigeria from his Abuja office, from where he does not know the exact situation in his own local government or village.

The major problem with the government much advertized Nigeria’s readiness to combat coronavirus in any case of outbreak, is the lack of basic structures on ground and the inability of the government to rally the people, give them the proper information that will enable them take the right decision and make the right choices for their own lives. Efforts shouldn’t end with the fair job at our airports and with the Minister of health’s frequent press conference. As we speak, many Nigerians cannot afford hand sanitizers and this was something that used to be much more affordable before now. Some of them go for as much as over N2, 000 and N4, 000; something that used to go for as much as N800 or N1, 200 and less, even. The point is that the prizes of hand sanitizers have jumped up and for many Nigerians, this is a major concern. In truth, if Nigerians are empowered with information and they act out of knowledge not out of fear, and make regular use of the proper hand sanitizer, then, the people themselves will give coronavirus the fight of its life.  Nigeria is not ready for covid-19 fundamentally because there are no proper and robust structures that trickle down, more so, the people are not organized and informed to make the proper choices for their own lives.