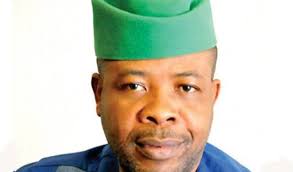 When it sits on Tuesday, 18 February 2020, to consider the application to review its judgment of 14 January in the matter of the petition on the outcome of the March 2019 governorship election in Imo State, Nigeria’s Supreme Court will find itself presented with a signal moment to re-set the balance in the monumental enterprise of election dispute resolution in Nigeria, a balance upset increasingly by an appearance of decision making un-moored to law or principles. It is an opportunity that the Court should embrace with clarity and an eye o on posterity.

Imo State is counted as one of three governorship elections, whose outcomes have been altered by judicial intervention from the 2019 cycle of elections, but in reality, it is unique. In May 2019, the same Supreme Court voided the outcome of the governorship election in Zamfara State, clearly won by the candidate of the All Progressives Congress (APC), because the party did not conduct a lawful primary prior to candidate selection, as required by the Electoral Act. Only last week, on 13 February, the same Supreme Court voided the announcement of the APC’s David Lyon as the winner in the November 2019, off-cycle Governorship election in Bayelsa State, holding that his Deputy had run on multiple identities and unverifiable credentials. Both Bayelsa and Zamfara, however, were pre-election disputes in which the threshold eligibility of candidates on the ballot was at issue. Imo State, by contrast, is the only case in which the outcome affirmed by the INEC among candidates whose eligibility to run in the governorship ballot was not in dispute was overturned by the Supreme Court. It is even more unique in this case because the person announced as winner ultimately by the Supreme Court was not the second or third placed candidate but the fourth. If it stands, the Supreme Court verdict casts a question over the will of the people as the basis for   government.

The essential facts in the Imo State governorship judgment are reasonably well known now but need recapping nevertheless.  The state comprises 27 Local Government Areas, 305 electoral wards and 3,523 polling units. In the 2019 governorship elections, the Independent National Electoral Commission, INEC, cancelled the results from 252 polling units because of violence, excluded results from another 388 units and announced outcomes based on the collation of results from 2,883 polling units.

Based on these results, the INEC declared Emeka Ihedioha of the Peoples Democratic Party (PDP) winner with 273,404 votes, ahead of Uche Nwosu of the Action Alliance (AA) with 190,364, and Ifeanyi Araraume of the All Progressives Grand Alliance (APGA) with 114,676. In a distant fourth was Hope Uzodinma of the APC with 96,458.

It is relevant that in the elections for seats into the state House of Assembly, which took place contemporaneously with the governorship ballot, the PDP took 13 seats ahead of the AA with eight and the APGA with six seats. The APC did not win one seat in Imo State.

Hope Uzodinma claimed that he had scored 213,695 votes from the 388 polling units which were excluded, while Mr. Ihedioha, according to his results, scored only 1,903. His argument was that by adding these votes to his original score, he would have emerged winner. To establish his claim, Mr. Uzodinmma presented his version of results through a Deputy Commissioner of Police, who was not employed by the INEC. The Deputy Commissioner claimed the results were those issued by INEC. But rather than show the scores for the 70 candidates, Mr. Uzodinmma’s results curiously only contained the scores for himself and Mr. Ihedioha alone.

In another unit in a primary school in the same ward, with 591 registered voters, Mr. Uzodinma claimed 586 votes, with nine allotted to Mr. Ihedioha, a total of 595 votes, or 100.01%. In several polling units where the INEC certified that there was no election or that voting had been cancelled due to violence, Mr. Uzodinmma produced his own results with humongous turnouts and over 95% of the votes allocated to him. The result sheet was strewn with mathematical and electoral impossibility, which the Supreme Court chose to accept and believe.

Unsurprisingly, NEC described the result sheets from Mr. Uzodinmma as “false”. Mr. Ihedioha agreed, saying they were “suborned”. Both the election petition tribunal and the Court of Appeal made short shrift of Mr. Uzodinmma’s results. The Supreme Court decided to overturn them, holding, rather incredulously, that findings of the two lower courts were “perverse”.

According to the Supreme Court, in saying that the results from Mr. Uzodinmma were false or suborned, INEC had alleged “fraud” and had a burden to prove that allegation “beyond reasonable doubt.” That seemed like standing the law on its head by according presumptive validity to the Policeman’s results for Mr. Uzodinmma.

There were three issues that fell to be decided in this matter. The first was whether the evidence of the Deputy Commissioner of Police was admissible. The Supreme Court decided that it was. That is not dispositive, so should not detain us unduly.

The second issue is the weight to be assigned to that piece of evidence. Confronted with a result sheet manifestly littered with impossibility, the Supreme Court, rather than exercise necessary disbelief, chose to invite INEC to do the impossible and disprove a lie by being required to “plead the specific elements of fraud and lead evidence showing the genuine results.”

The problem here is that neither INEC nor Ihedioha used the word “fraud”. It was all interposed by the Supreme Court. Moreover, if INEC had cancelled or excluded votes from units, there could not be any “genuine results” to be produced from them, in all fairness. Having set up the Commission with a claim it did not make, the Supreme Court then clobbered it with a standard of proof it could not meet in order to validate evidence that on its face clearly merited no weight.

The third issue is the appropriate remedy. Even if were to find that the evidence of the Police Officer for Uzodinmma was admissible and had weight, the Court still had the burden of determining the right remedy. Here, Section 140(3) of the Electoral Act requires that where a court or tribunal that finds that the candidate returned was not validly elected on the ground that s/he did not score the majority of valid votes cast at the election, it should declare as the winner the candidate who scored the highest number of valid votes.

When it re-constituted the results in Imo State, the Supreme Court could no longer say what the number of “valid” votes were, nor could anyone as a fact. This is because Mr. Uzodinmma’s results, on which it relied, did not record the votes for 68 other candidates in the elections nor did it say how many voters turned out or were accredited. In the premises, the only option the court could logically exercise at best, was to order another election. The entire judgment, however, makes no reference to Section 140 of the Electoral Act and does not appear to have adverted to or considered carefully or at all the issue of an appropriate remedy.

Since the onset of presidentialism in Nigeria in 1979, election dispute resolution has mush-roomed from humble origins into the mainstay of judicial preoccupation. In January 2008, the Economist described this system as a unique form of “democracy by court order”. Five years later, in 2013, the Journal of African Elections was more explicit in panning election dispute resolution in Nigeria as “rigging through the courts.” That this is the case is, of course, an indictment of the electoral umpires under their successive nomenclatures as the Federal Electoral Commission (FEDECO), National Electoral Commission of Nigeria (NECON) or INEC.

Nigeria’s experiment in elective governance can hardly survive by choosing to replace INEC’s arbitrariness with judicial imponderability. This is why the sitting of the Court on Tuesday matters. In 2008, the Supreme Court scorned the notion of deciding election disputes based on principles as “vague, nebulous and large.” On 18 February, it can correct that and affirm that the only way government of the people, by the people and for the people makes sense is to protect the will of the people validly ascertained.

Odinkalu, a lawyer, writes from Abuja.