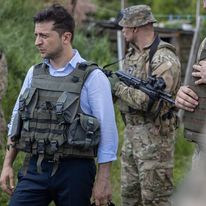 Internationalizing or perhaps, globalizing Europe’s internal disputes has been the defining feature of modern world history. Just as invasion of territory has been a definite expression of interest to fight a war. In 1914, what became known as the First World War was majorly a European crisis, that somehow assumed worldwide dimension in description. Ordinarily known as the Great War because of the deployment of science into warfare, the war between 1914 and 1918 was a European tribal dispute. Japan that joined the war has no clear direct involvement with the dispute. The United States joined after its ships became targets of the German forces, for destruction. Before then, America had maintained an isolationist posturing, insisting that Europe should face its problem while America faces theirs. Indeed, the whole event that later came to be known as world war one was a European affair. Serbia wanted some territories carved out of it and ceased by Austria-Hungary Empire, to be included as Serbia because of their affinity with the people in those territories. This led to the murder of Austria crown-prince by Serbia dissidents and with support from Germany, Austria invaded Serbia and killed thousands of people. This is European war and contrary to what many people may think, it is comparable to what obtains in so many African societies where land disputes has led to war and violence, like is the case between Umueri and Aguleri, in Anambra State. 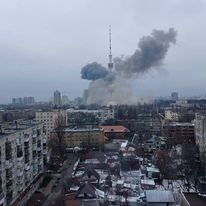 Then in 1939, Germany invaded Poland another European country, to regain some pieces of land they allegedly lost. This was shortly after reaching an agreement with Russia that the two countries will not attack each other. Germany then said that Polish authorities were maltreating Germans in that area and so its invasion was morally upright and justified. Giving the realities of the latest invasion of Ukraine by Russia, it is abundantly clear that the annexation of Crimea in 2014 by Russia under the same pretext is determined by outstanding debts owed, real or imagined, by Europeans against each other and this is the driving force behind the recent invasion. It has absolutely nothing to do with America, Africa or Asia. It is Europe against Europe.

In 2022, we are talking of Russia invasion of Ukraine, something people find extremely outlandish and this is creating enormous tension and giving the impression, as many people have put it; of an impending third world war. Thus signaling that Europe has convinced the world that it is the world and decides the direction the rest of the world goes per time. What Europe has done is to globalize its local problems and tribal disputes, something mainstream media make to appear as an exclusive African problem. Why must the entire world be dragged into European internal problem? With what is happening in Ukraine now, Russia and Ukraine have taken centre stage in all international news desks. Every single media outfit that matters around the world is talking about Russia whose leader Putin, undoubtedly harbors an inordinate ambition of reclaiming lost Russian territories. Similar acts of aggression in the past gave the same result.

The world is now temporary all focused on Russia and Ukraine, even while still dealing with the COVID pandemic and also ignoring the rising concerns of military coup in Africa which hampers on chances of good governance and accountability in government, thereby firmly jeopardizing the future of millions of Africans, while fanning the embers of widespread corruption and human rights abuses. In America, the epidemic of irregular migration as a result of failed government is ravaging nearly the entire South American countries. But now, Putin ambition to settle old scores by grabbing lands in Ukraine is the singular most important thing the world must focus on.

If the world agrees to buy stake into European problems above their own local problems, well, so be it. But we must always remember that it is European tribal wars, much like we have in different African countries like the ongoing dispute between Ethiopia and Tigray which has been described as a civil war and as African or more precisely, Ethiopian problem, not world problem.